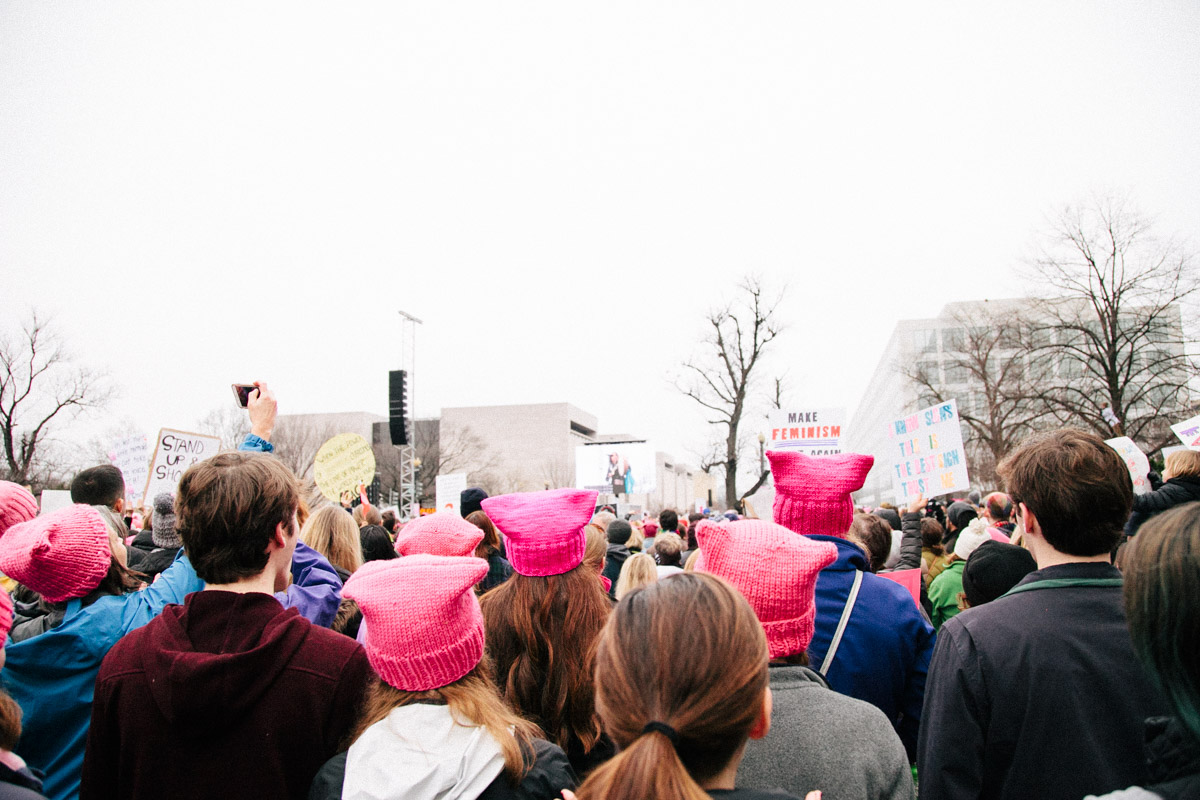 On January 21st I participated in one of the most inspiring and fulfilling events of my life. I travelled down from Philadelphia with two of my closest friends and joined over 500,000 women, men, and children in the Women’s March on Washington. I heard about the event from my friends after many of them shared the event over Facebook and was immediately excited to participate in a march that supports such a positive and proactive vision:

We stand together in solidarity with our partners and children for the protection of our rights, our safety, our health, and our families – recognizing that our vibrant and diverse communities are the strength of our country.*

Many people felt a loss of hope after the election. And I have friends and family on all sides of the political divide, so I’ve heard every rationale and argument, every kind of rhetoric – many angry, some placating. But it got to the point where I deleted Facebook from my phone because looking at what everyone was saying everyday kept me in low spirits with little hope. I don’t blame them. We live in a country divided – one that has been divided for a very long time. Our country has reached, as Kamala Harris described at the march, an inflection point.

The reason I feel like the Women’s March was such a success across the globe is because they focused on the two reasons our country succeeded in the first place: inclusion and hope. If you’ve ever been at a large concert or a football game you know how rowdy a group of 50,000 people can get. When space is small and tensions are high you can feel claustrophobic and defensive.

When the crowds began to pile in, I had a moment of concern because space really was limited. But every single person at this march was full of hope and purpose. When someone needed to get by in a cramped area, people moved out of their way. When a woman couldn’t stand after awhile during the speeches, people helped her to have room to sit on a curb. When my group started making our way to the march and had to weave through an indefinable about of people, they let us pass or we let other groups pass and at one point we ended up meeting a mother there with her daughter and laughing at how I kept stepping on her heels by accident and she kept stepping on her mom’s. Peaceful. Purposeful. Welcoming.

We are at an inflection point in our country. We must come together and protect the basic human rights of all people. We can’t afford to get lazy and let things slide, politicians (on all sides) must be held accountable, our voices must be heard. My voice might have different things to say than yours – and that’s ok. You should feel just as able to speak your mind as I do. We should be able to talk about these issues together. But we have to remain logical and rational. No one is infallible. Opinions aren’t facts, but they do shape our nation. They’re important and so it’s important to make sure that I am and you are as informed as possible on all the issues we feel strongly about. We can’t afford to trust one news source or even two anymore. It’s time to get the facts and form your opinions like a scientist. Come with a hypothesis and leave with a conclusion.

In the end, the messages of hope, the camaraderie of women and allies, the inspiration of these strong individuals coming together to help shape a purposeful message will stay with me forever. I have never loved my country more than I did on this day. A day where thanks to the Bill of Rights I was able to join 500,000 other Americans and let our voices be heard because the voices of the people have always and will always shape this nation. 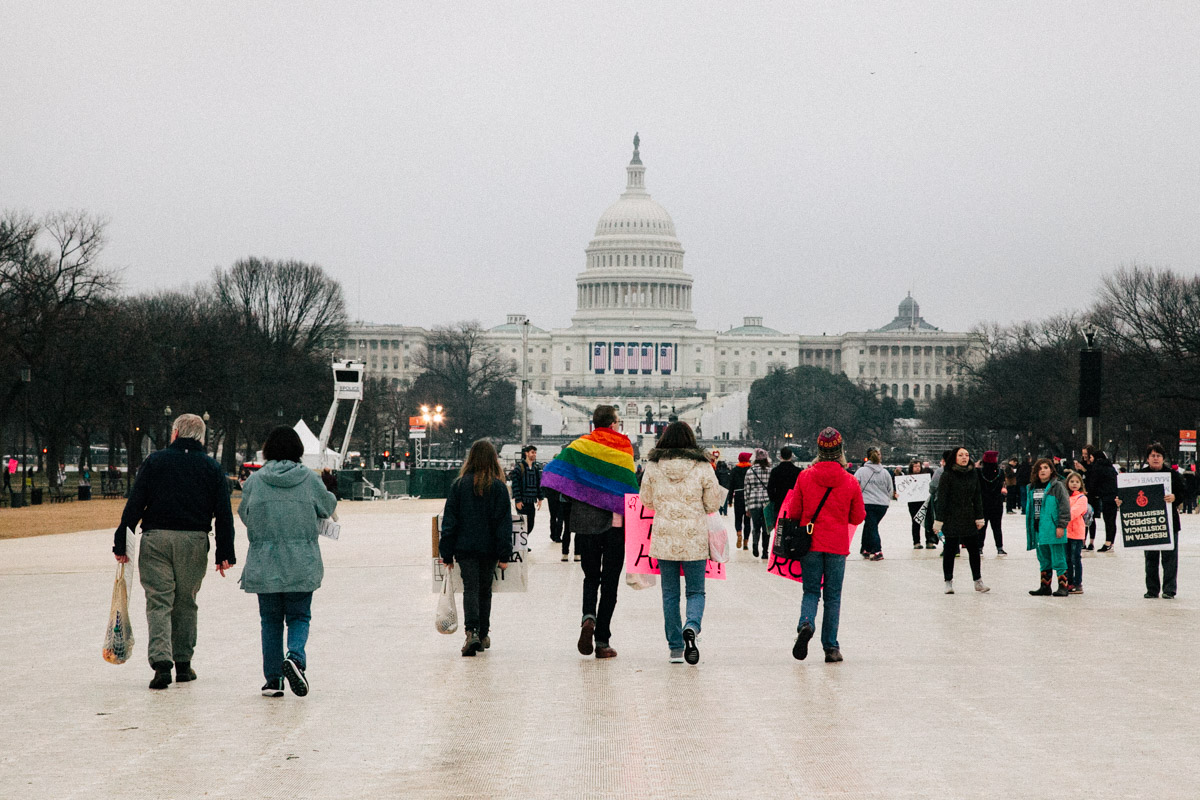 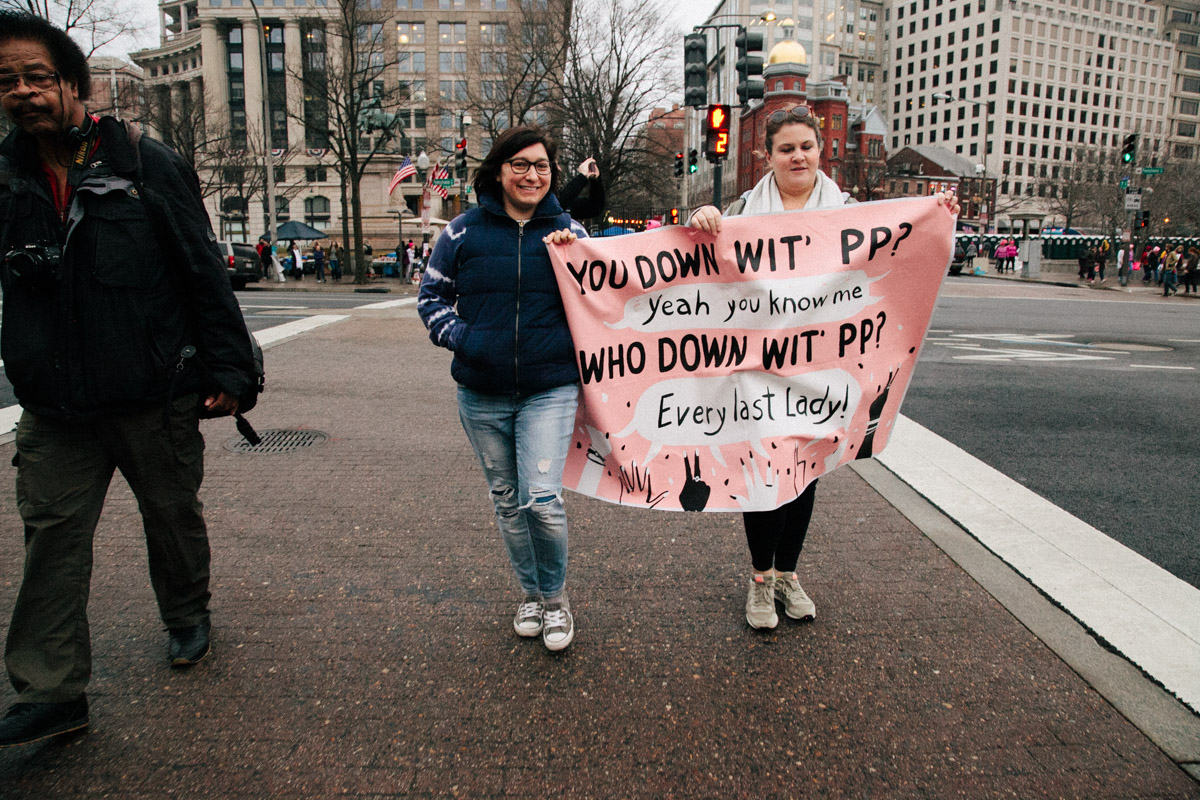 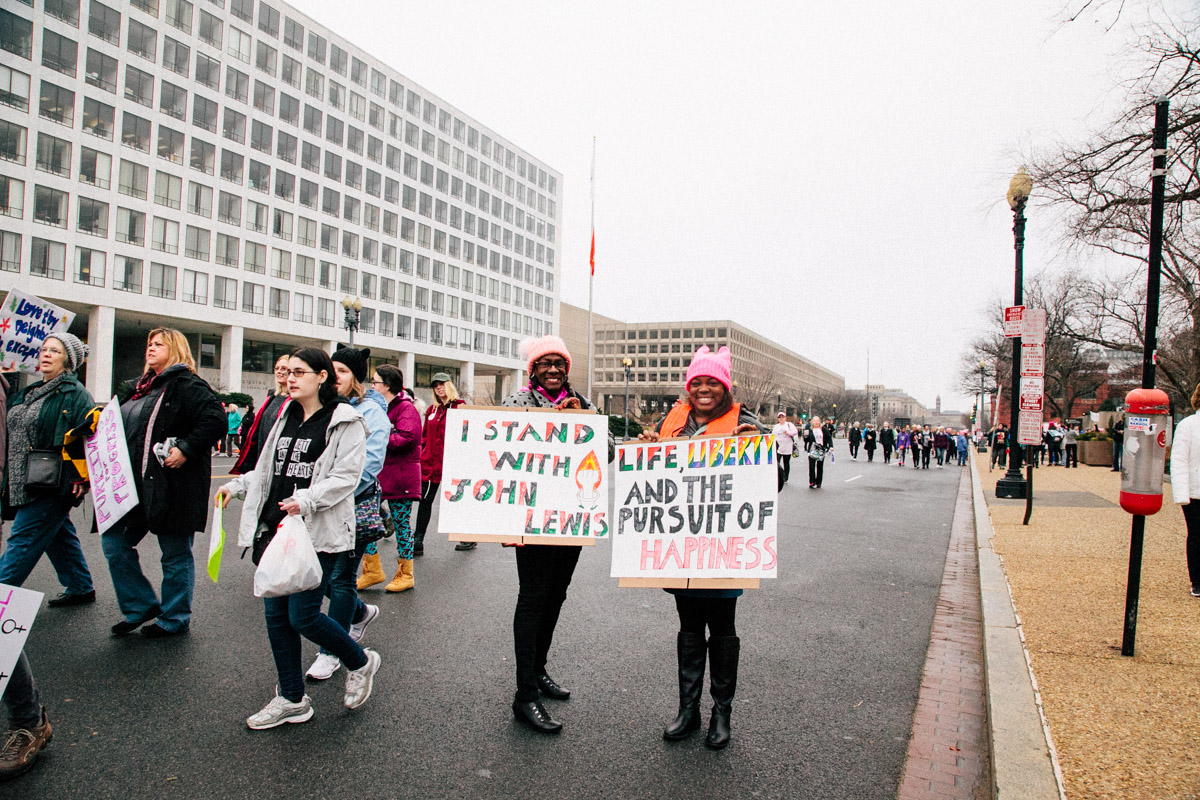 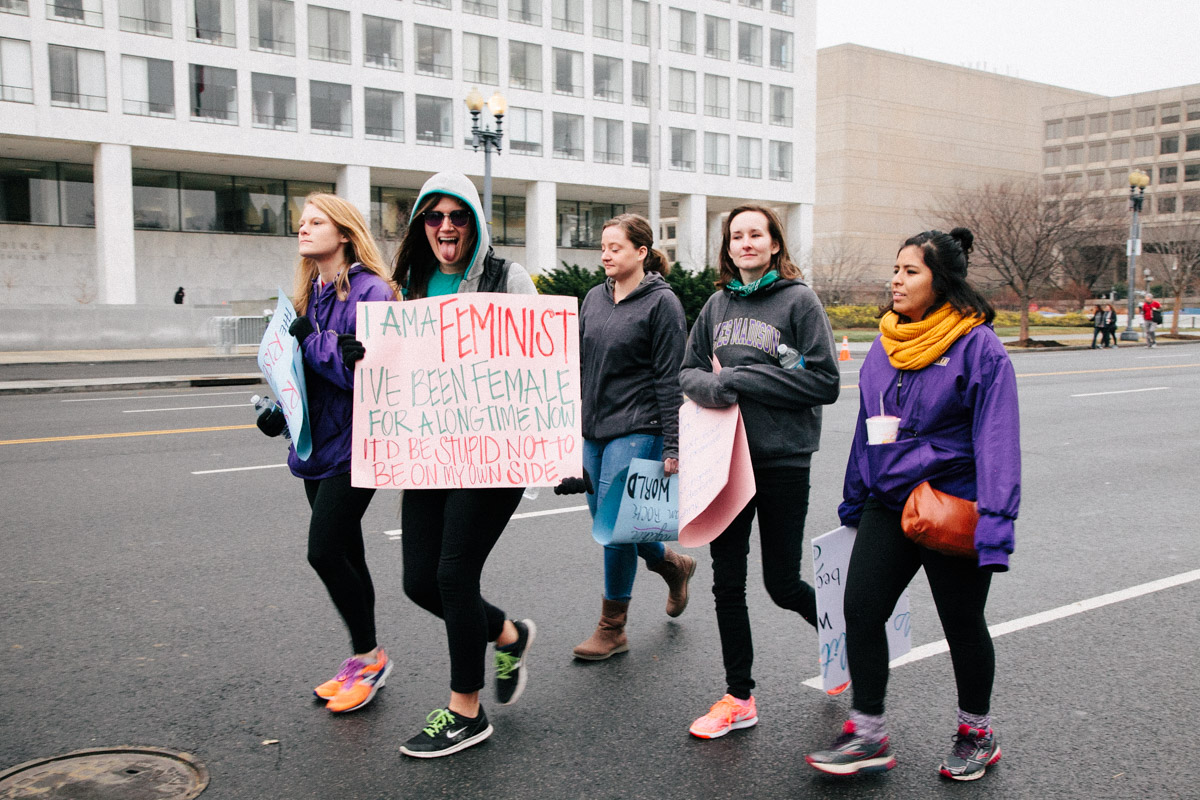 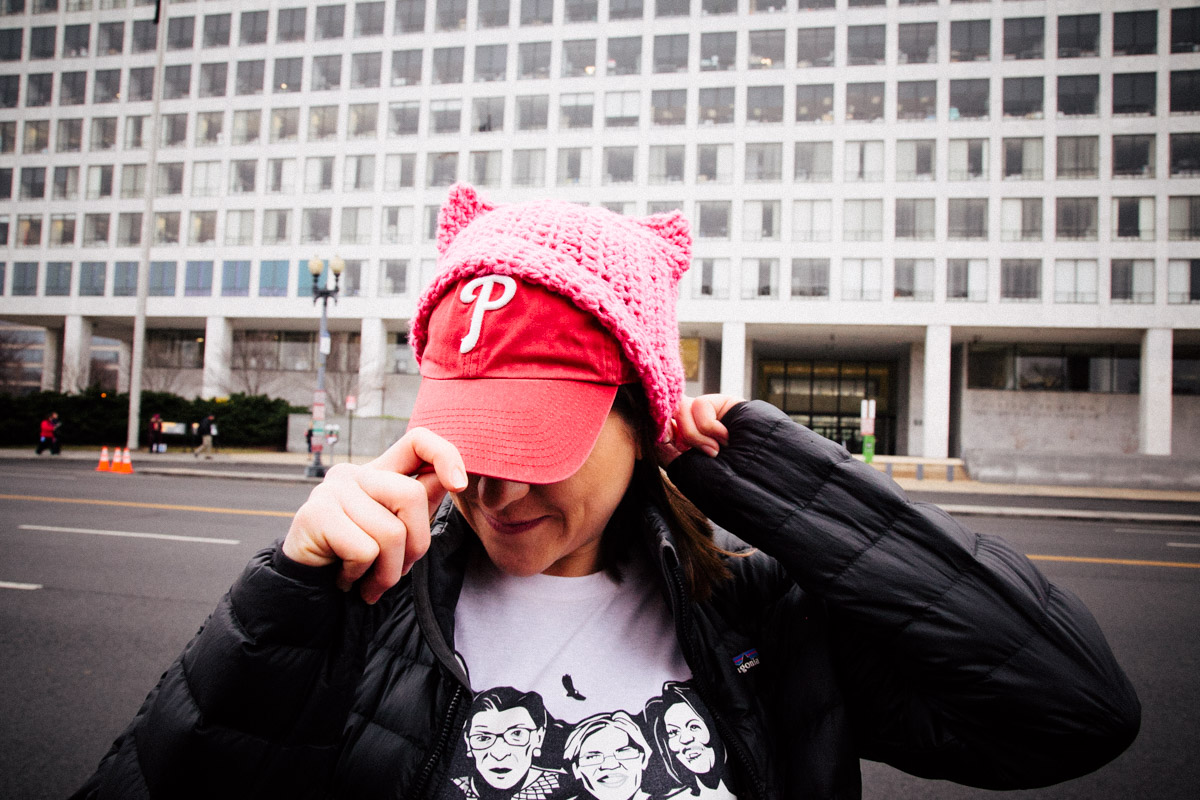 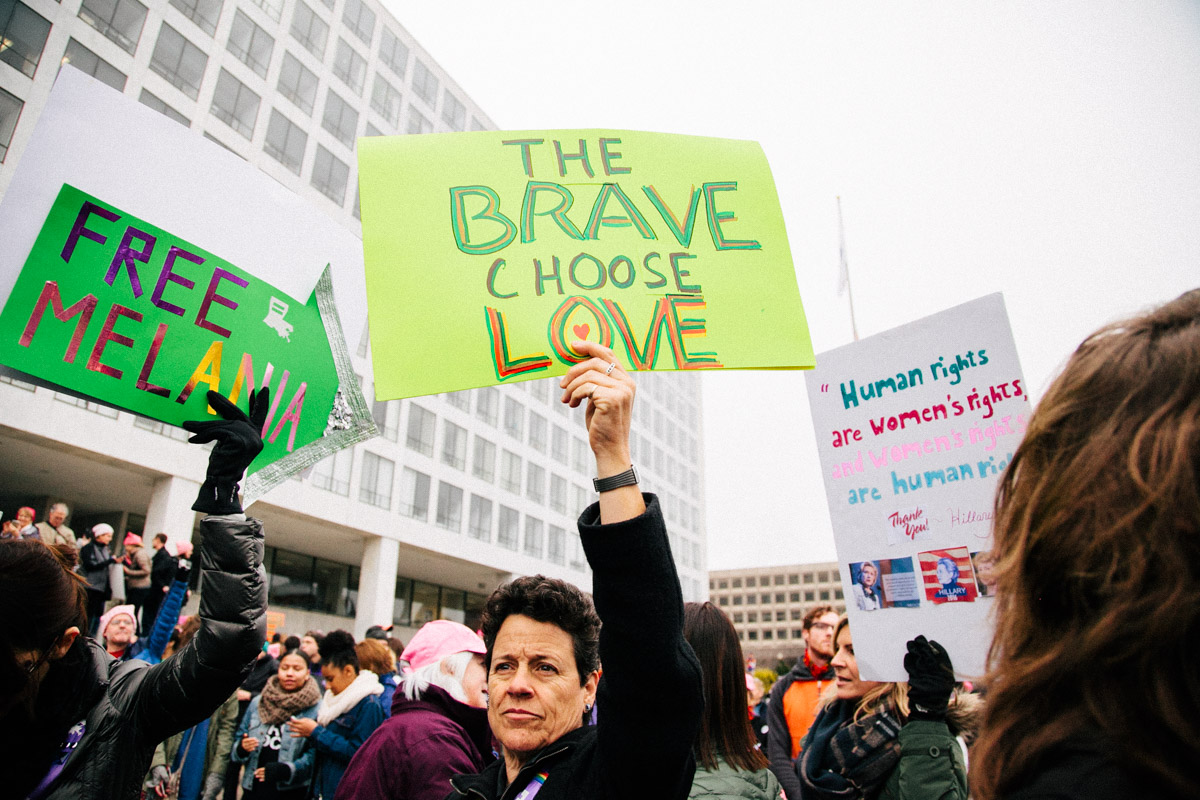 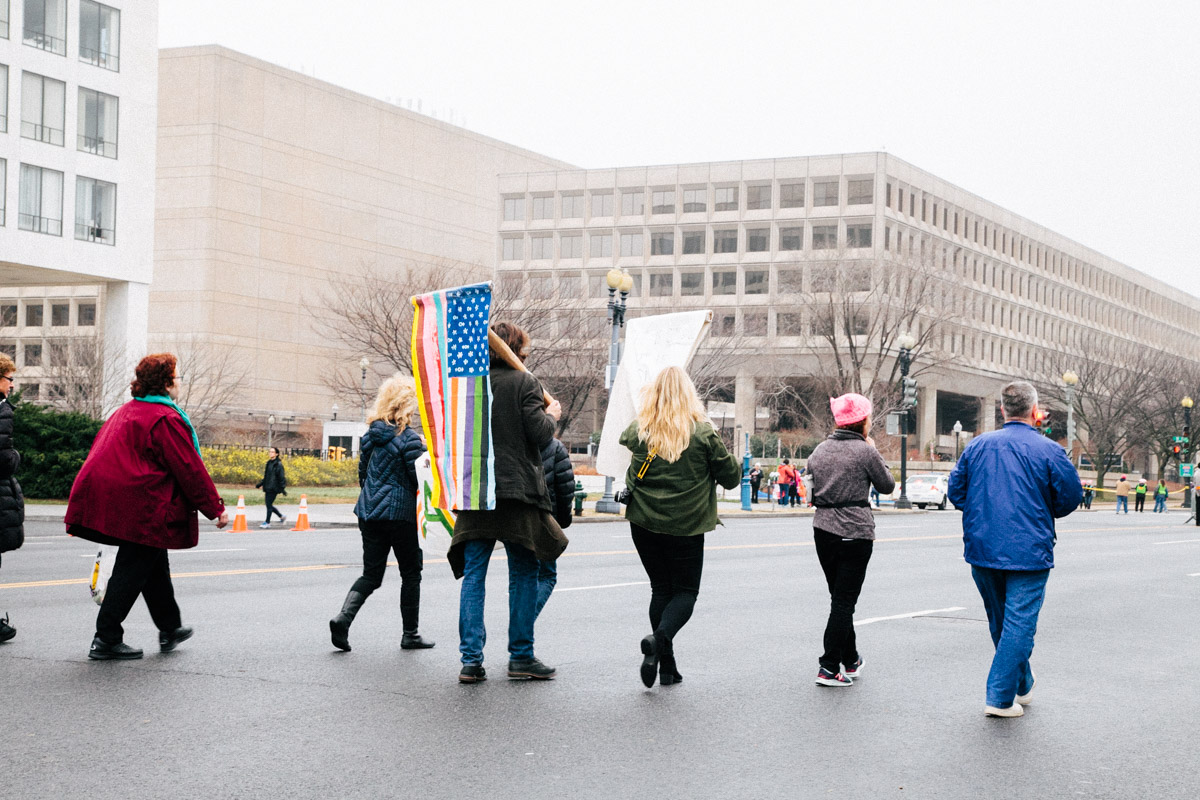 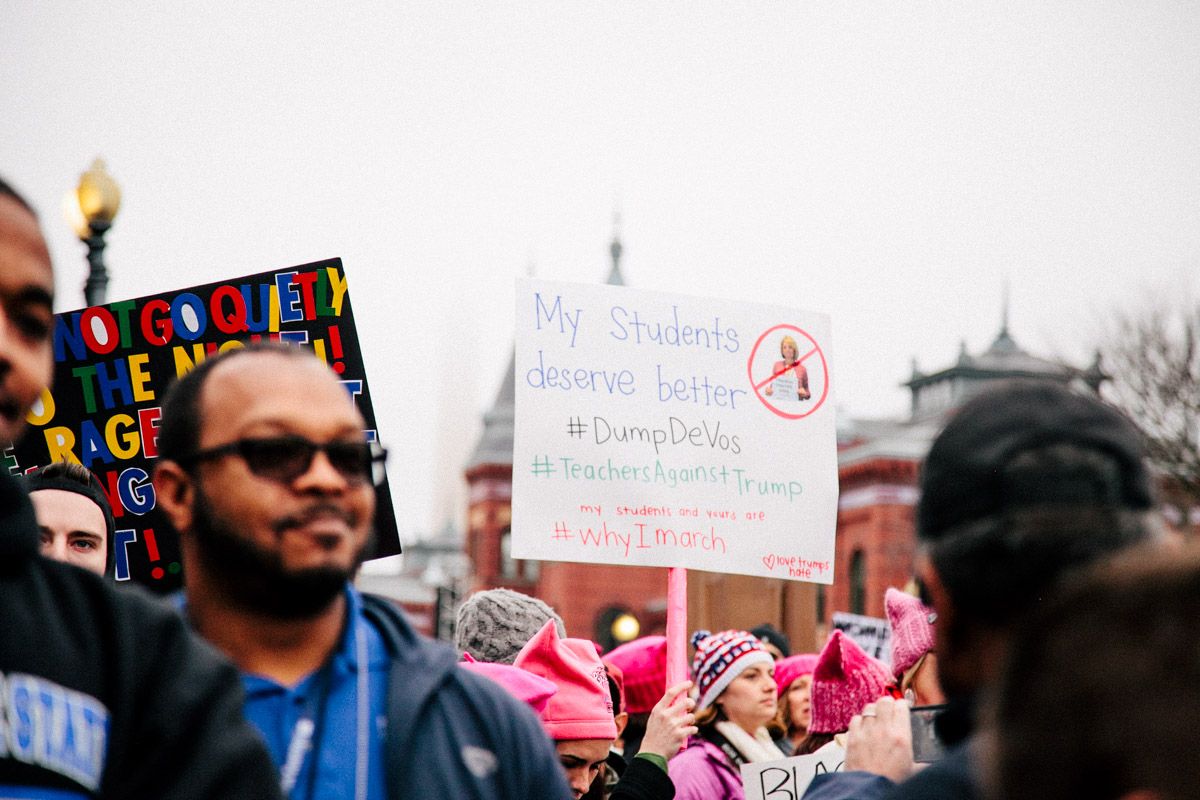 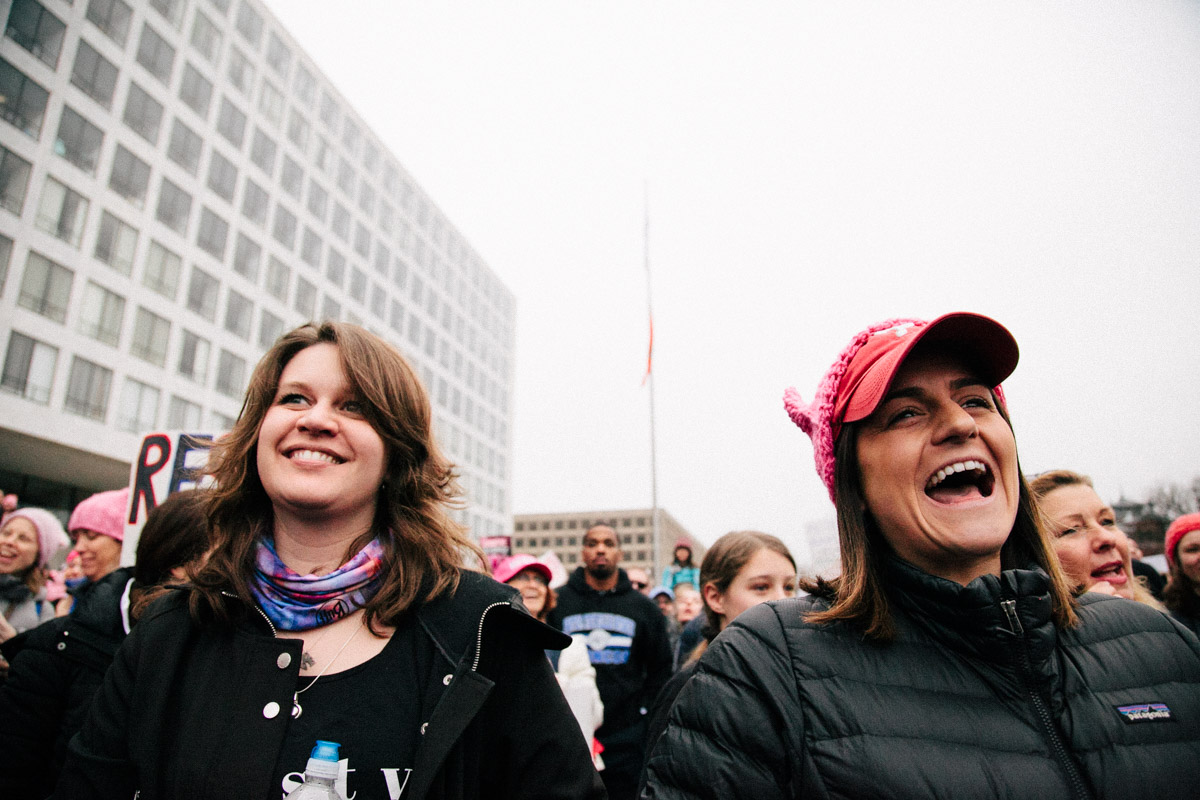 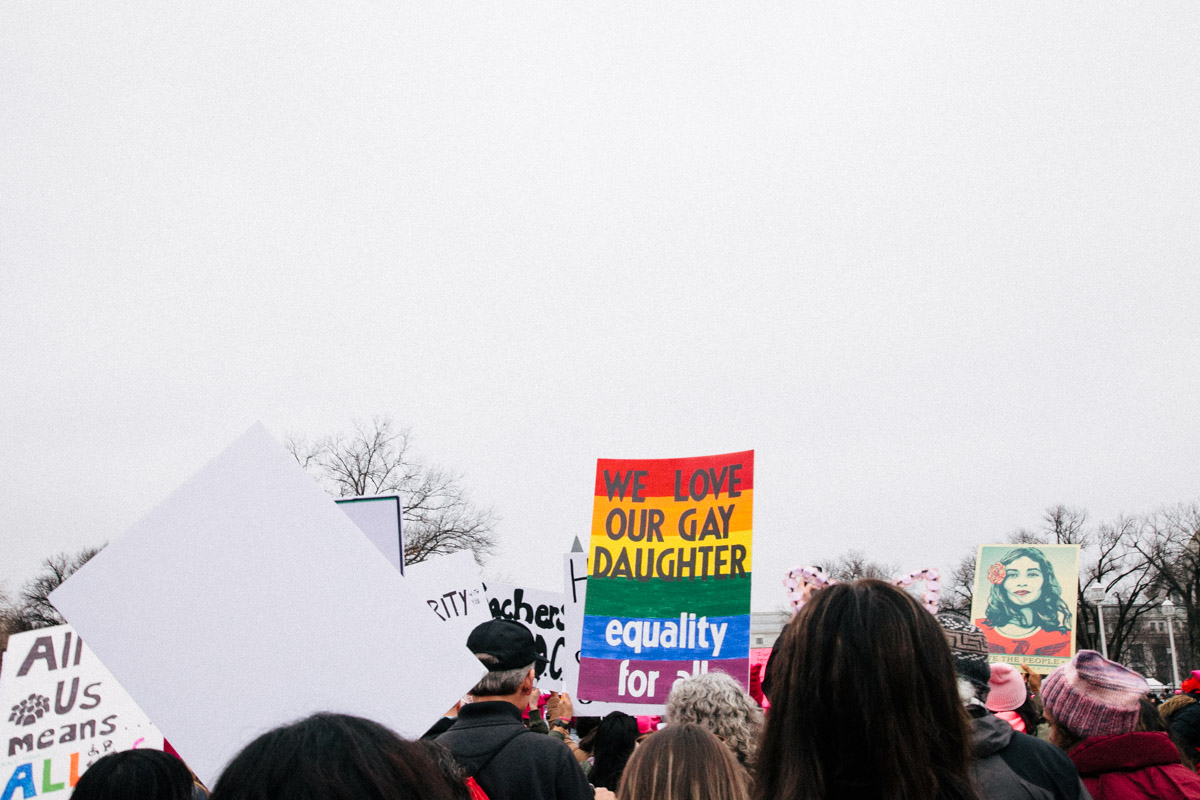 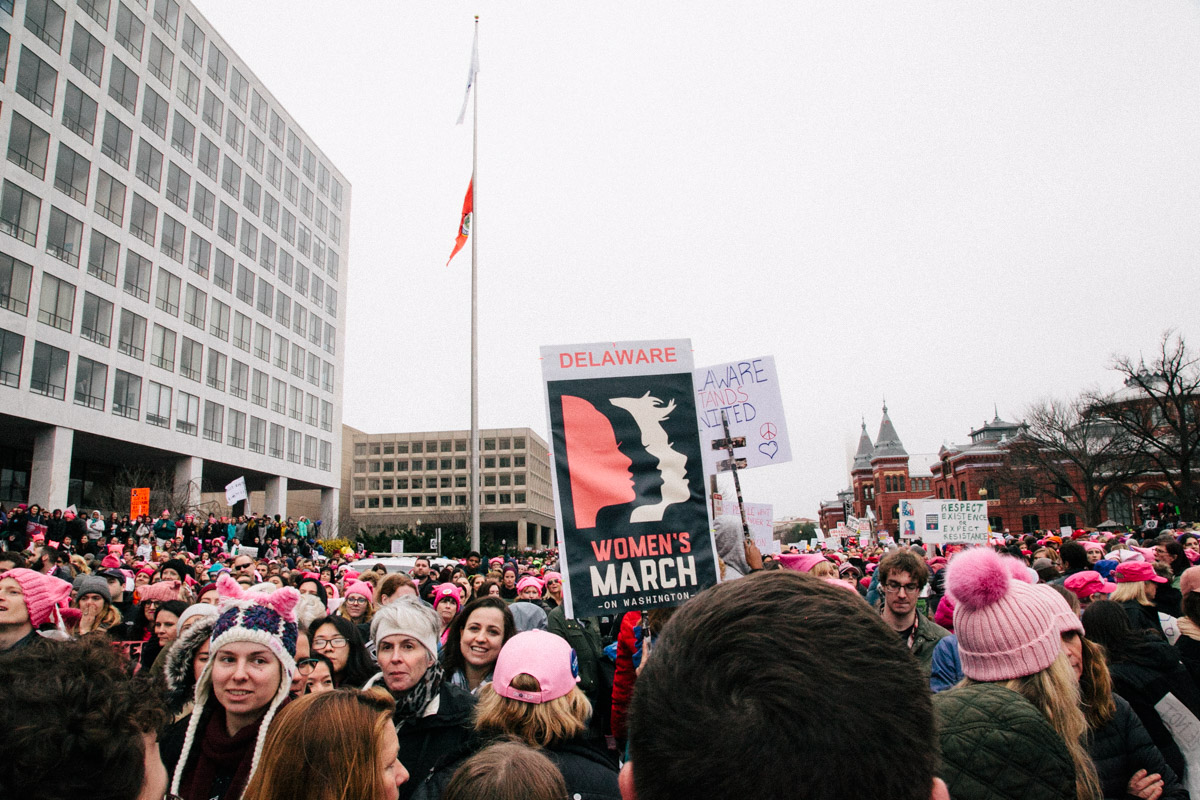 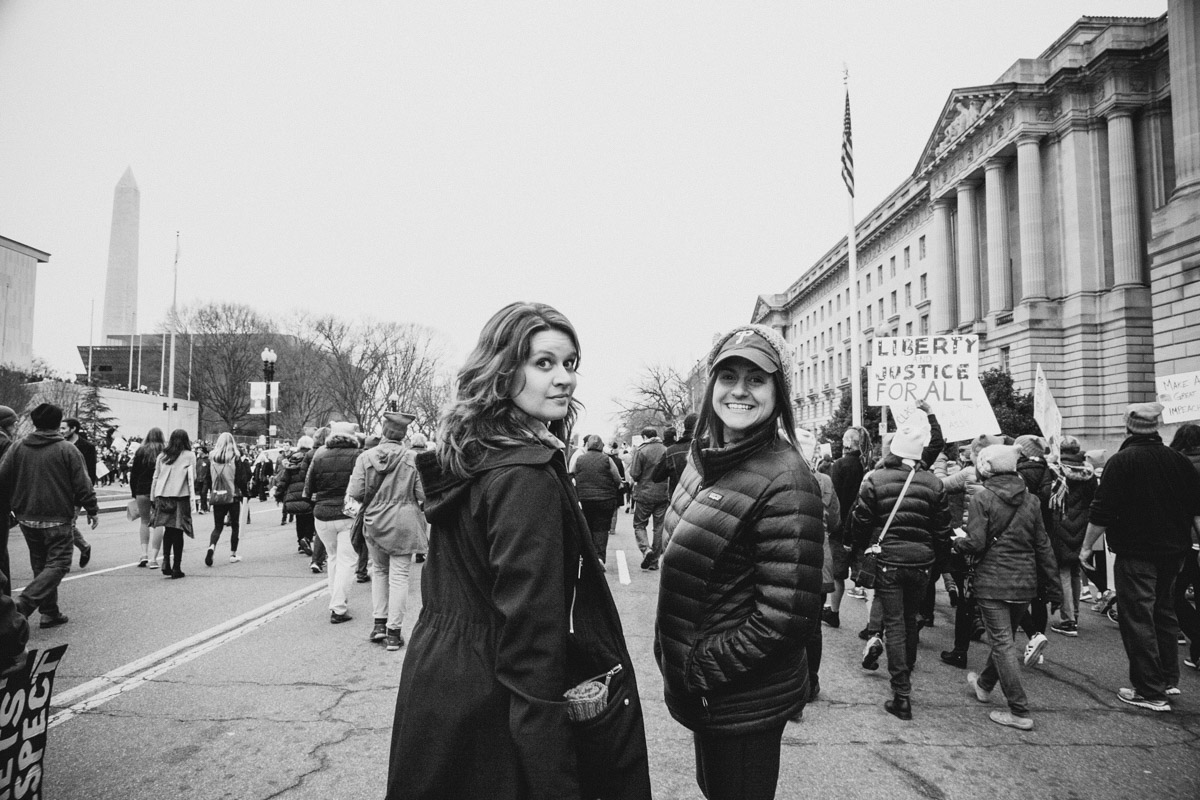 The march doesn’t stop here. We have so much work to do and it starts now. Start with these 10 actions and let’s make the future everything our ancestors dreamed it could be!