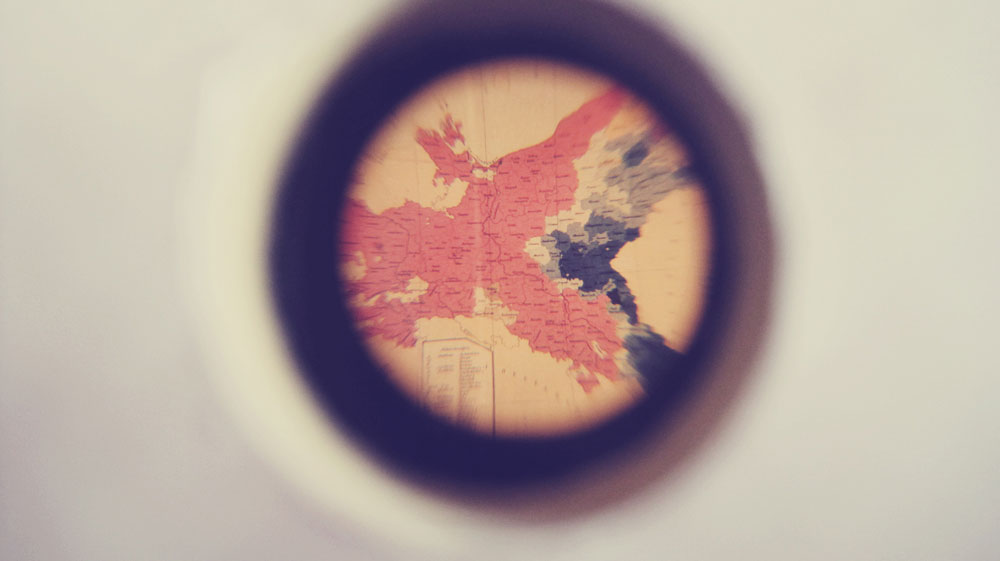 The rule of thirds is a “rule of thumb” or guideline which applies to the process of composing visual images such aspaintings, photographs and designs.[1] The guideline proposes that an image should be imagined as divided into nine equal parts by two equally-spaced horizontal lines and two equally-spaced vertical lines, and that important compositional elements should be placed along these lines or their intersections.

The rule of thirds is not always necessary to your composition, but it’s a great resource to go to when you’re starting out, or you are struggling to frame your shot. Try dividing your view into thirds and visualize hitting those hot spots. It usually gives your shot more tension and flow. In optics, particularly as it relates to film and photography, depth of field (DOF) is the distance between the nearest and farthest objects in a scene that appear acceptably sharp in an image.

Whether you are focusing on the near objects (or shallow DOF) helps draw attention to the foreground and usually throws the background into blur or abstraction. It’s a great way to add drama to an image and intentionally direct focus to the specified sharp image of the photo. When you want to have the front blurry and out of focus, but the background in sharp detail, you’ll want to have a smaller f-stop (f/8, f/11, etc). This is called the Hyperfocal distance. It can help create a nice frame for your image or enhance a landscape by adding color to the foreground and focus to the back. Asymmetry is your friend

Asymmetry is the absence of, or a violation of, symmetry.

What a useless definition that is. But it made me chuckle. If symmetry is the perfect and harmonious match of balance then asymmetry is the imperfect, disharmonious aspect creating an imbalance. Why would this be something to aim for when composing? Because symmetrical photographs are usually boring. Asymmetry creates tension and mood, while symmetry is so common to the eyes that most people glance right over it.

I bring this rule up, because in many beginner photographers landscapes they cut their frame right down the middle. While the sunset if beautiful in this shot, the shot is stagnant and dry. There’s not visual tension, no attempt to keep the eye on the image. Unless you’re doing it for a specific reason: Don’t cut your photo into perfect halves.

Instead, try and frame up your shot to have a line in the middle then move the frame lower or higher and preview which would give more tension and drama to the shot. In the shot below, Oil City (2011), I’ve cut a hard line at the bottom using the curb, but I also cut close, but not quite in the middle of the shot using the reflection of the fence behind us. This, along with the reflections of the cars on either side create a frame and tension around the subject that allows the dark shapes to fall back and the light shapes to pop forward. Sometimes you get handed an opportunity on the fly to frame an object within an object. Or maybe you’ve brought a would-be frame with you. These opportunities shouldn’t be wasted. Creating a frame within your shot adds a formal feel and an elegant yet bold way to get your viewer to focus on your subject. It’s not news that the human eye loves repetition, we just find an odd sense of comfort and fascination in things things that repeat over and over again. Many photographers make their entire career off of photographing repetitive objects.

A really good photo tip worth remembering is: if you repeat something once or twice it becomes more interesting. If you repeat something many times it becomes a pattern and takes on a life of its own. Patterns give us order in an otherwise chaotic world. There’s something fundamentally pleasing about seeing order in a photo and knowing what to expect. In most cases, repetition is a tool used to calm the viewer, making them feel comfortable and at peace while enjoying the view. Jars (2012), Series: Explorations of Philadelphia with My Girls, by K. Friedgen

I really like combining repetition and asymmetry, which in my mind creates an welcome interruption to what could or may become monotonous. Whether you’re doing a supreme close up that breaks apart any recognizing aspects of your image, or you’re blurring your image, or you blow out your highlights to create white space – however you go about it – you can abstract your world with photography. While my main body of work does not consist of abstraction, I do love getting close to a subject and exaggerating the detail, shape, texture, etc. It’s a fun way to show a common object as unique and new. The Sight Before You Close Your Eyes (2010), Series: Explorations of Berlin’s Streets, by K. Friedgen

Sometimes it happens, you forget to change the aperature setting, you still have your ISO on 1250 for some unknown reason, your image developed with a light leak, you simply tripped and clicked the shutter release, whatever the reason – errors happen. Sometimes it’s hopeless and you have to go back to the drawing board, but sometimes it can catch something you didn’t even see when it happened. When does it end? (2009), Study on Performance Moments, by K. Friedgen

My sister directed, Merrily We Roll Along at Wildwood Summer Theatre a few summers ago and she asked me to come in and shoot some publicity shots. I was adjusting my camera to the horrible florescent lighting and in the middle of my favorite song in the show I shot this. The song is about a woman leaving her husband after infidelity and he’s trying to get her to stay and she’s wondering if she’ll ever stop loving him while at the same time she knows she can’t ever be with him again. I found that this image turned out to show the most emotion and action than any of the other images, it’s more of a painting than a photograph of this moment, with the exaggeration of the anguish in her face and the swoops of her arms and motion that show her anger. This happy accident happened when I found a sink in our office building overrun with suds. I thought the lights and bubbles looked interesting and went to take a shot, I didn’t realize that I had shifted the settings on my camera to Automatic and the flash popped up and this was the product. I ended up liking it so much I included it in the series.

I hope that these tips help guide you in your photographic endeavors. But there’s something you must always keep in mind: these are great tools and guidelines for composing photographs, but there is always a time and place that rules were made to be broken.

« Mood Board for 4th of July Photoshoot