My 3 Biggest Takeaways from “Breakpoints: Advancing Your Design Career”

One of my biggest goals since moving to New York has been to try to go to as many local design events, meet ups, talks, hackathons, etc. as possible, which is harder than it sounds! So many meet ups, so little time. But I’m excited to say the first one I attended was a great “fireside chat” with 4 amazing designers, 2 of which I actively have followed in the past.

Earlier this month a fellow west elm designer and I attended Managed by Q‘s event: Breakpoints: Advancing your design career. The event’s intention was to address: What does it take to transition into a senior design role? And once you get there, how do you grow into a design leader? 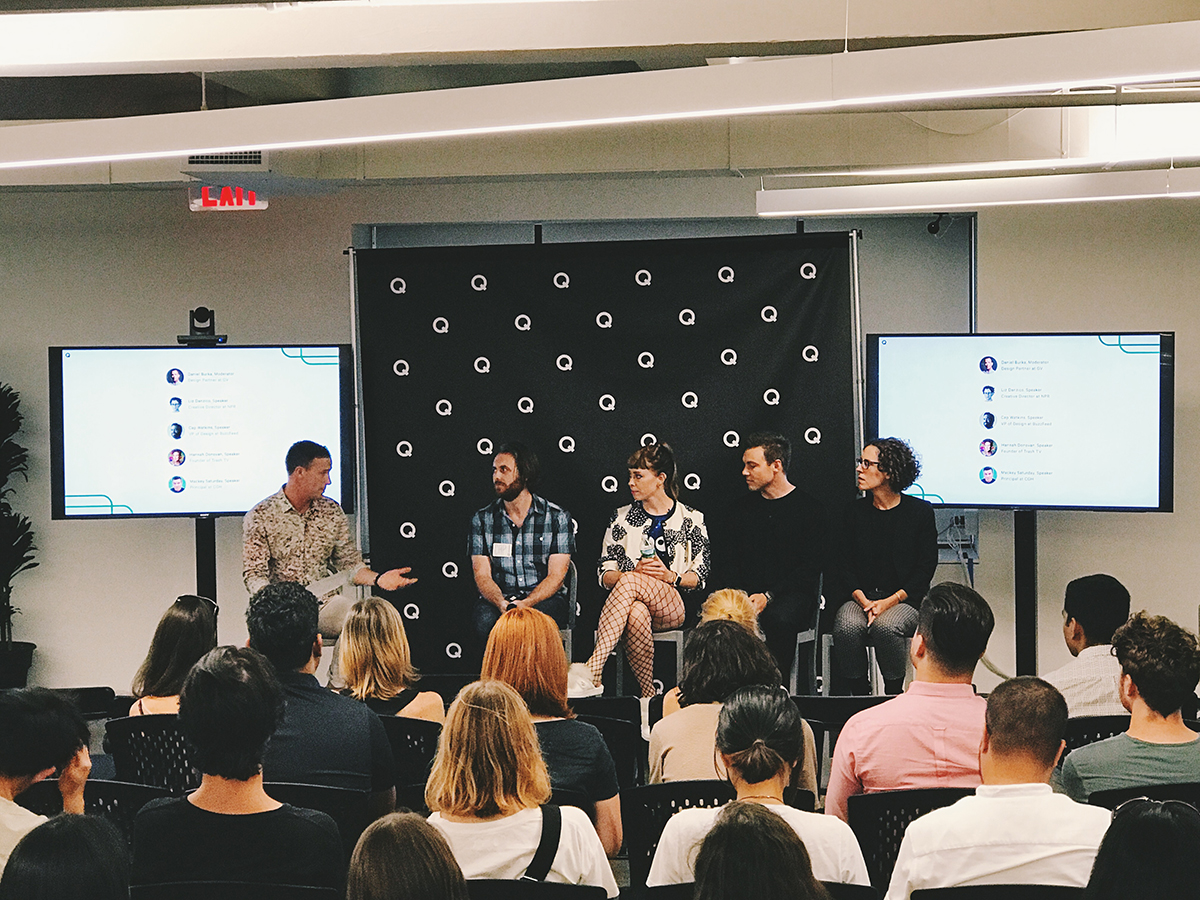 The event was moderated by the talented Daniel Burka and he was joined by Cap Watkins of Buzzfeed, Hannah Donovan previously of Vine and last.fm, Mackey Saturday of CGH and Liz Danzico of NPR. Needless to say it was an extremely well rounded group of individuals and a great opportunity to hear people currently in leadership roles discuss the paths they took and the choices they made to get there. Honestly, anyone looking to further their career in any field would have found this to be a helpful discussion.

One topic that was mentioned consistently was reading. The varied reading recommendations that constantly came up while answering a variety of questions made every person in the room grab their phone or pen to note all the titles. And therein lies my first takeaway: 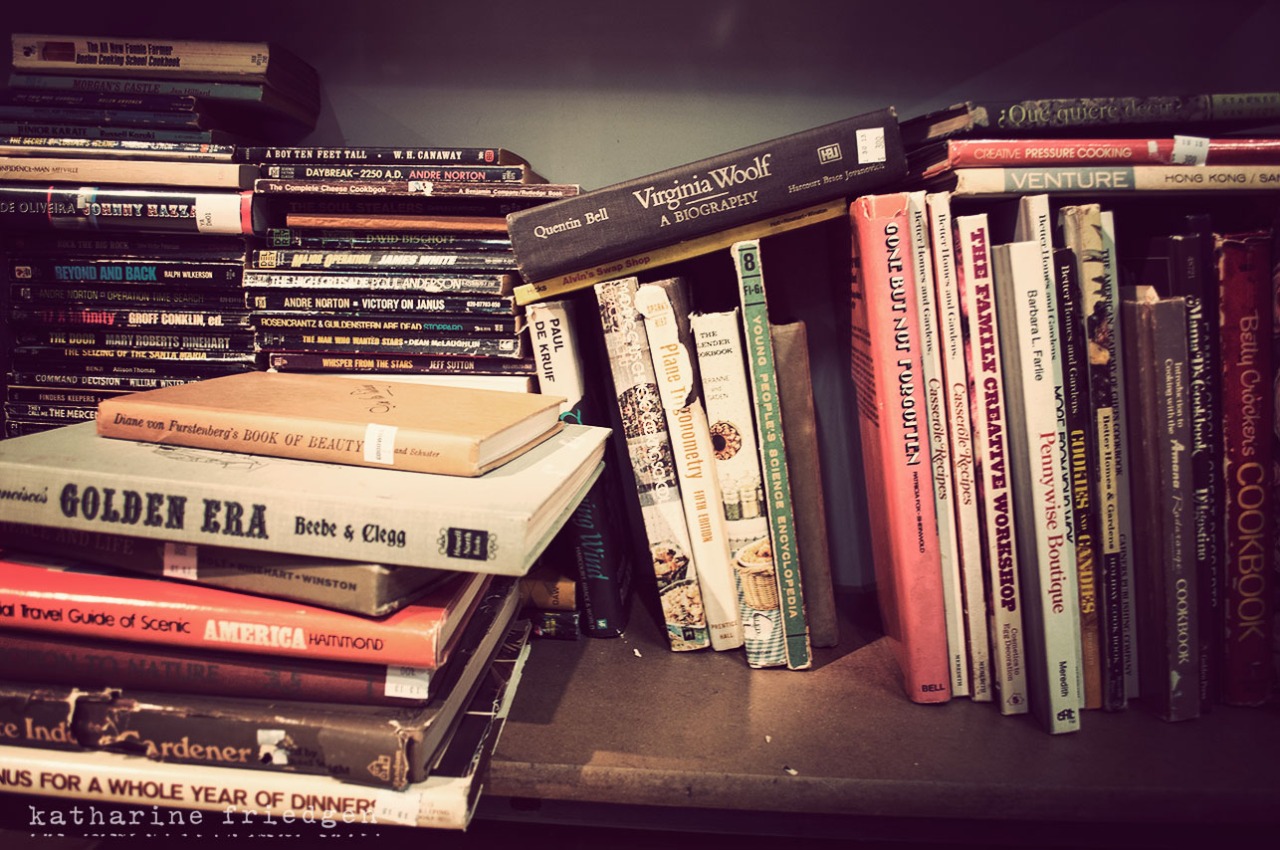 All the panelists discussed books that helped shape their viewpoint and motivations and some of them were not technical books or even related to design. I’ve created a list below of the books they recommended.

Reading the writings of other individuals in the business is something I work into my daily life already using medium or twitter to find articles. I follow designers, engineers and directors I admire and read their writings that range from advice and thoughts to technical. But I rarely branch out into other subjects, or writings by people outside of the the realm of design and that was something Liz, especially, promoted. Read the writings of people outside your area of expertise and you’ll open yourself up to a larger understanding of your own work.

They all stressed the need for continual exposure to new and foreign ideas and thought-processes to keep your own thoughts and ideas from becoming an echo chamber. 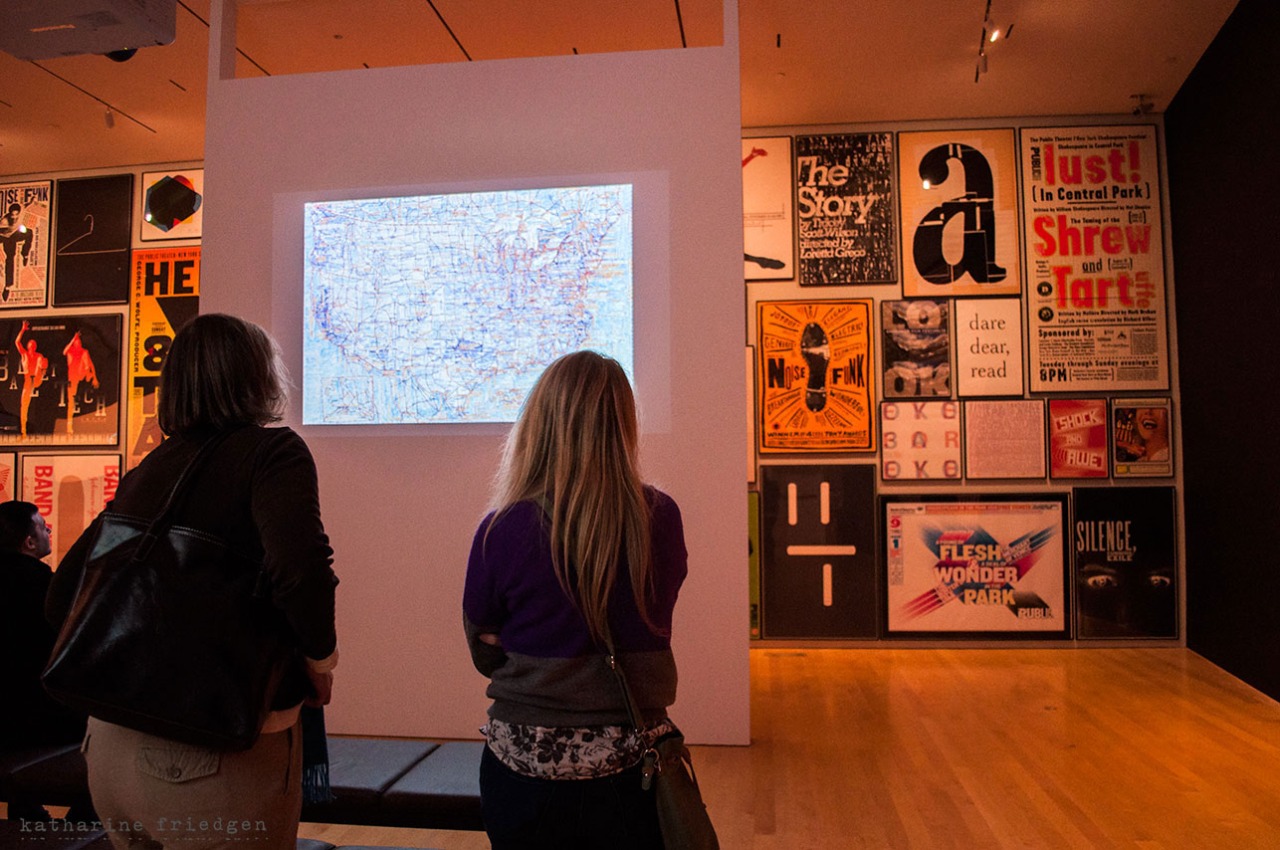 2. Don’t go on the journey alone

We’re going to make mistakes, we’re going to learn from them, but does that mean we have to let everyone else make the same mistakes? Several panelists discussed the need to find mentors (or to be mentors) and to not over-complicate who the mentor is. Hannah described a difficult time finding a “mentor” but when she looked to her peers for guidance and help she was able to grow as a designer.

Look for mentors in unexpected places. Mackey described finding his mentors in the clients he worked with who ran companies of their own – none of them worked directly in design, but his aim was to find mentors who were experts in business. That way he could utilize that exposure in his own work and business.

Help others and get help yourself. Cap described setting up meetings where all the managers meet together in a “safe space” to discuss areas of difficulty, learning moments, etc. A place where coworkers without fear of penalty can ask for guidance or discuss choices.

3. Be the leader you always dreamed of

Whether your future career path includes growing from an individual contributor into a manager or a senior role there is one thing you can do to help prepare yourself for the next level: make a list. The panelists described one great way of identifying the important aspects of being a good manage/leader: make a list of all the things you’ve loved about previous managers/leaders and then another list of all the things you wish they had done or didn’t do. Now you have a list created of the Do’s & Don’ts of great leadership.

All of the advice given during this talk could have spanned across several different types of jobs. I’m so grateful to Managed by Q for organizing and hosting this event and to the panelists for taking the time to come and speak with us.

HBR’s 10 Must Reads on Leadership

Go from being a good manager to an extraordinary leader.

If you read nothing else on leadership, read these 10 articles (featuring “What Makes an Effective Executive,” by Peter F. Drucker). We’ve combed through hundreds of Harvard Business Review articles on leadership and selected the most important ones to help you maximize your own and your organization’s performance.

Bird by Bird: Some Instructions on Writing and Life

“Thirty years ago my older brother, who was ten years old at the time, was trying to get a report on birds written that he’d had three months to write. It was due the next day. We were out at our family cabin in Bolinas, and he was at the kitchen table close to tears, surrounded by binder paper and pencils and unopened books on birds, immobilized by the hugeness of the task ahead. Then my father sat down beside him, put his arm around my  brother’s shoulder, and said, ‘Bird by bird, buddy.  Just take it bird by bird.'”

Read about our founding principles in Radical Candor: Be a Kickass Boss Without Losing Your Humanity by Kim Scott, published by St. Martin’s Press. Radical Candor is available wherever you get books as a hardcover, ebook, and audiobook narrated by the author.

Turn the Ship Around!: A True Story of Turning Followers into Leaders

Since Turn the Ship Around! was published in 2013, hundreds of thousands of readers have been inspired by former Navy captain David Marquet’s true story. Many have applied his insights to their own organizations, creating workplaces where everyone takes responsibility for his or her actions, where followers grow to become leaders, and where happier teams drive dramatically better results.

Marquet was a Naval Academy graduate and an experienced officer when selected for submarine command. Trained to give orders in the traditional model of “know all–tell all” leadership, he faced a new wrinkle when he was shifted to the Santa Fe, a nuclear-powered submarine. Facing the high-stress environment of a sub where there’s little margin for error, he was determined to reverse the trends he found on the Santa Fe: poor morale, poor performance, and the worst retention rate in the fleet.

Almost immediately, Marquet ran into trouble when he unknowingly gave an impossible order, and his crew tried to follow it anyway. When he asked why, the answer was: “Because you told me to.” Marquet realized that while he had been trained for a different submarine, his crew had been trained to do what they were told—a deadly combination.

That’s when Marquet flipped the leadership model on its head and pushed for leadership at every level. Turn the Ship Around! reveals how the Santa Fe skyrocketed from worst to first in the fleet by challenging the U.S. Navy’s traditional leader-follower approach. Struggling against his own instincts to take control, he instead achieved the vastly more powerful model of giving control to his subordinates, and creating leaders.

Before long, each member of Marquet’s crew became a leader and assumed responsibility for everything he did, from clerical tasks to crucial combat decisions. The crew became completely engaged, contributing their full intellectual capacity every day. The Santa Fe set records for performance, morale, and retention. And over the next decade, a highly disproportionate number of the officers of the Santa Fe were selected to become submarine commanders.

Whether you need a major change of course or just a tweak of the rudder, you can apply Marquet’s methods to turn your own ship around.

Adventures with Jenny: Down by the Brooklyn Bridge »