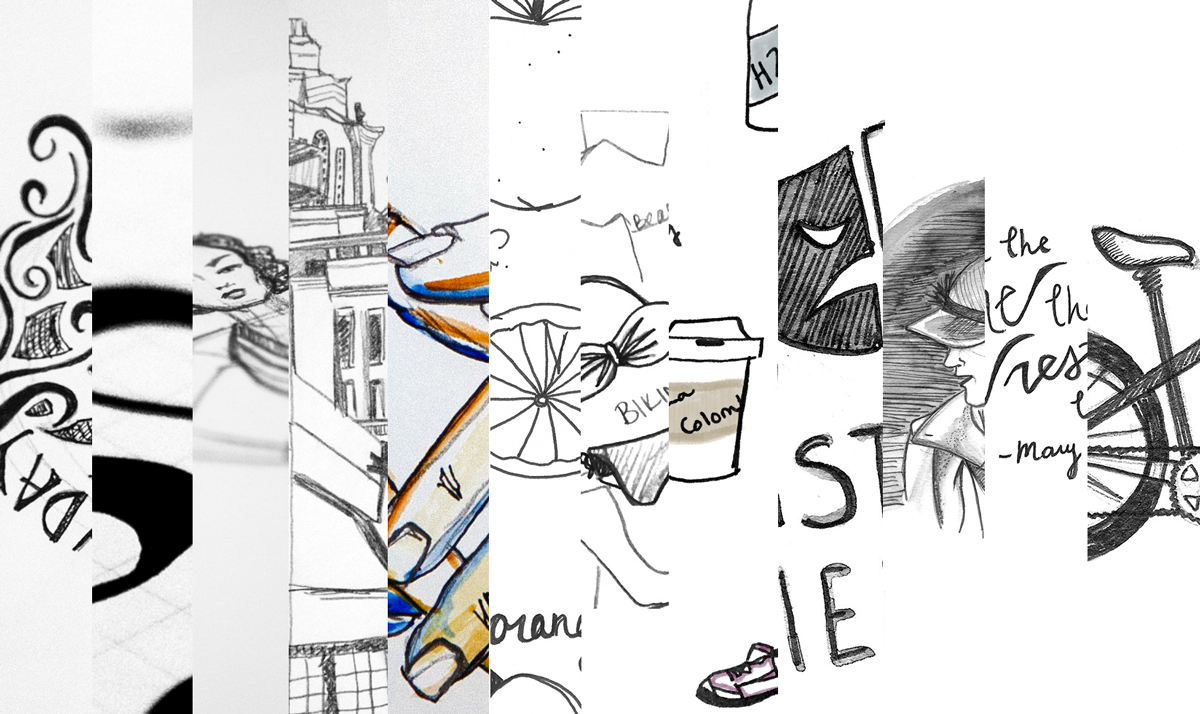 Draw Something Everyday 2015: A Retrospective

For 365 days I drew at least one drawing – whether that was a doodle, sketch, or abstract jot, including work related sketches and concept layouts. The prompt was to draw something everyday and I did – or as near it as possible. In the end, the accumulated and scanned list totalled to 393 drawings in the year 2015.

Draw something – anything; big or small – once a day, everyday for the entire year.

Each month, I’ll post a selection of my favorite drawings from the previous month and describe any struggles or successes as I see them occur.

A Selection of the Results: 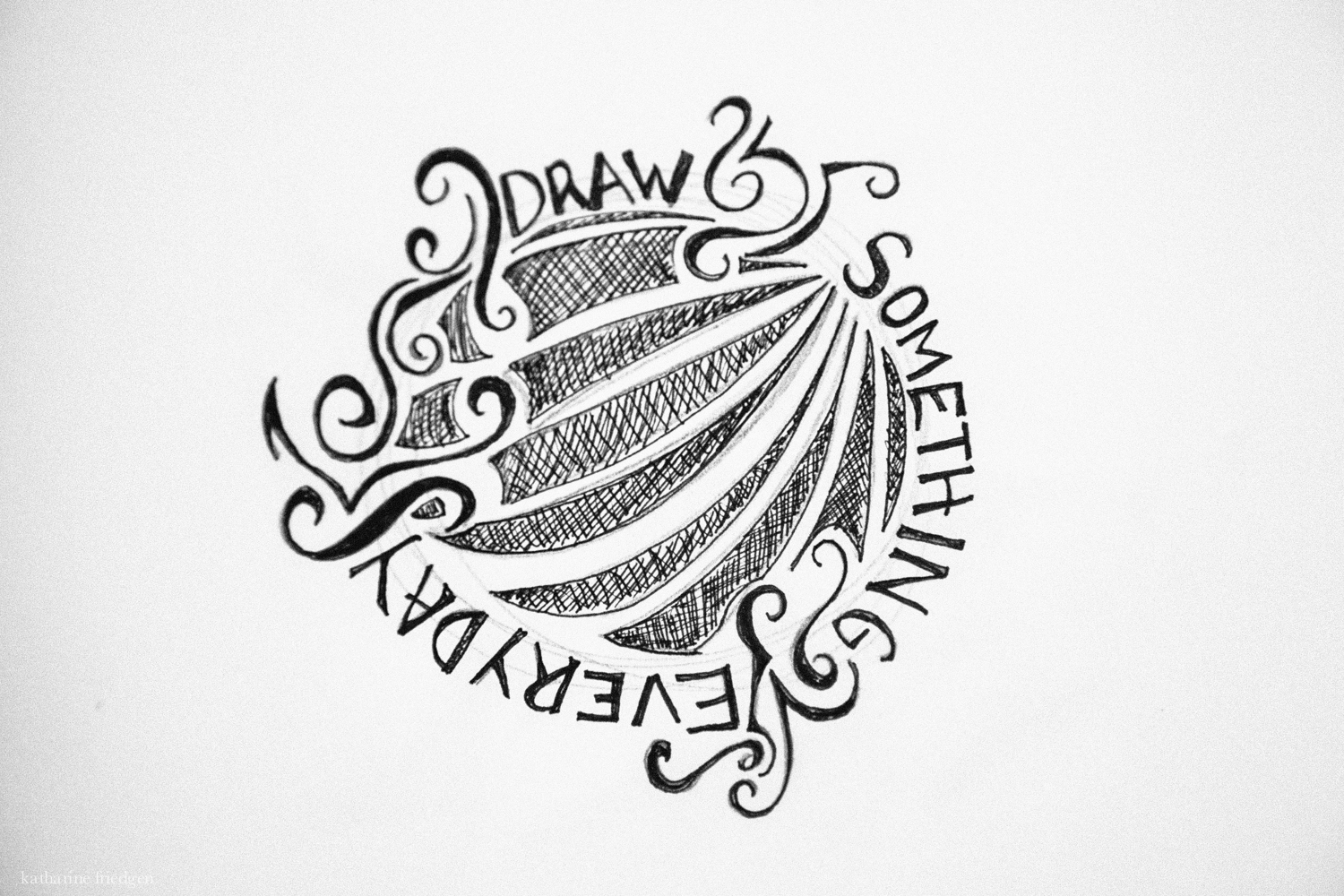 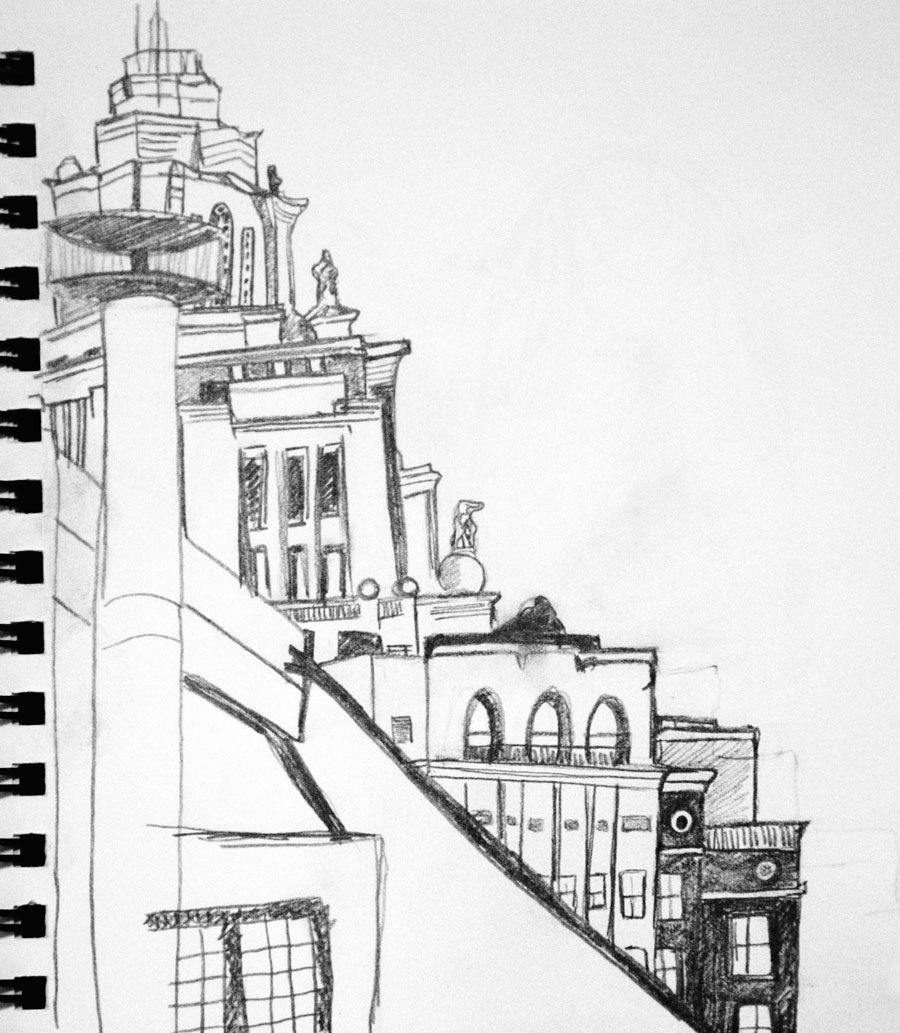 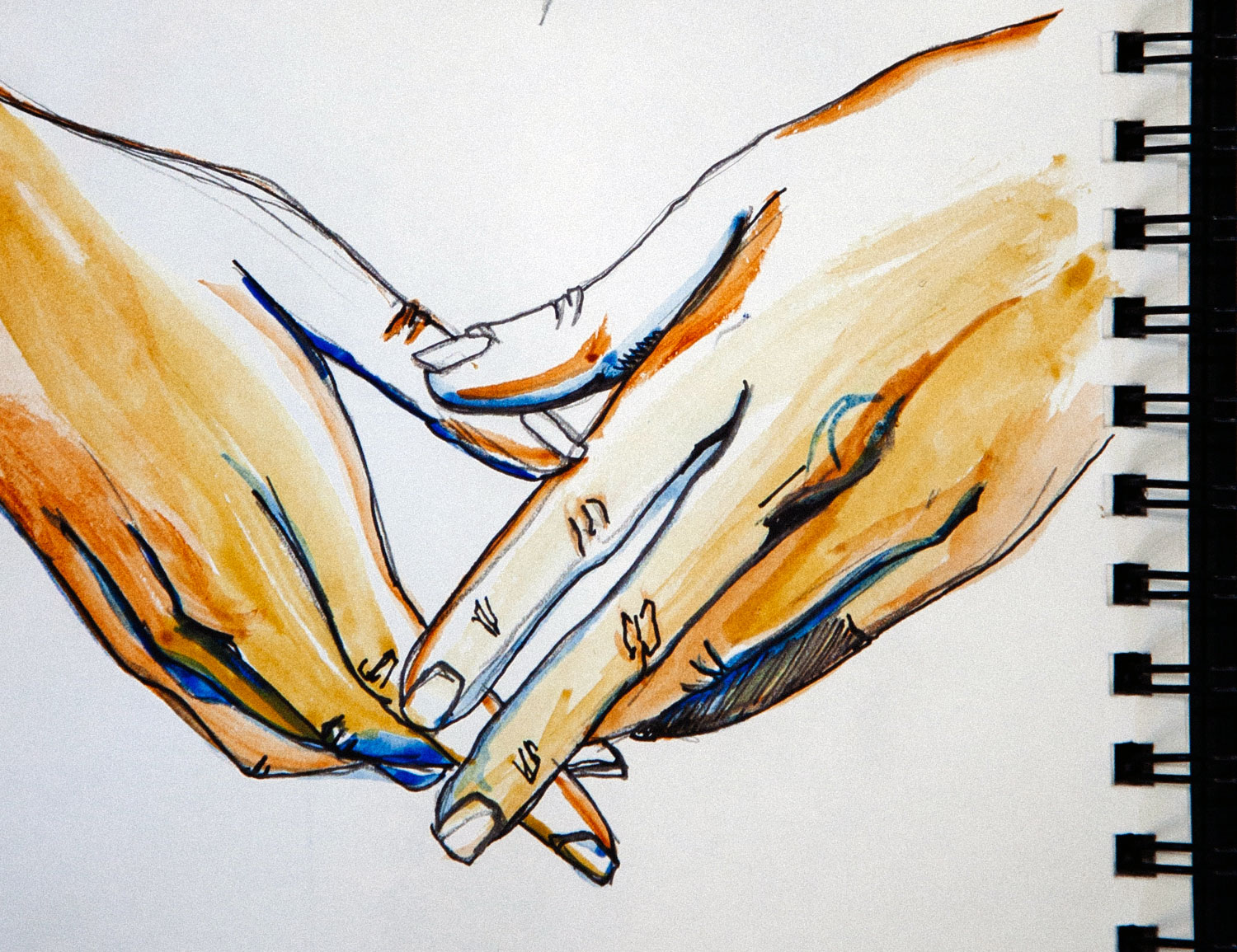 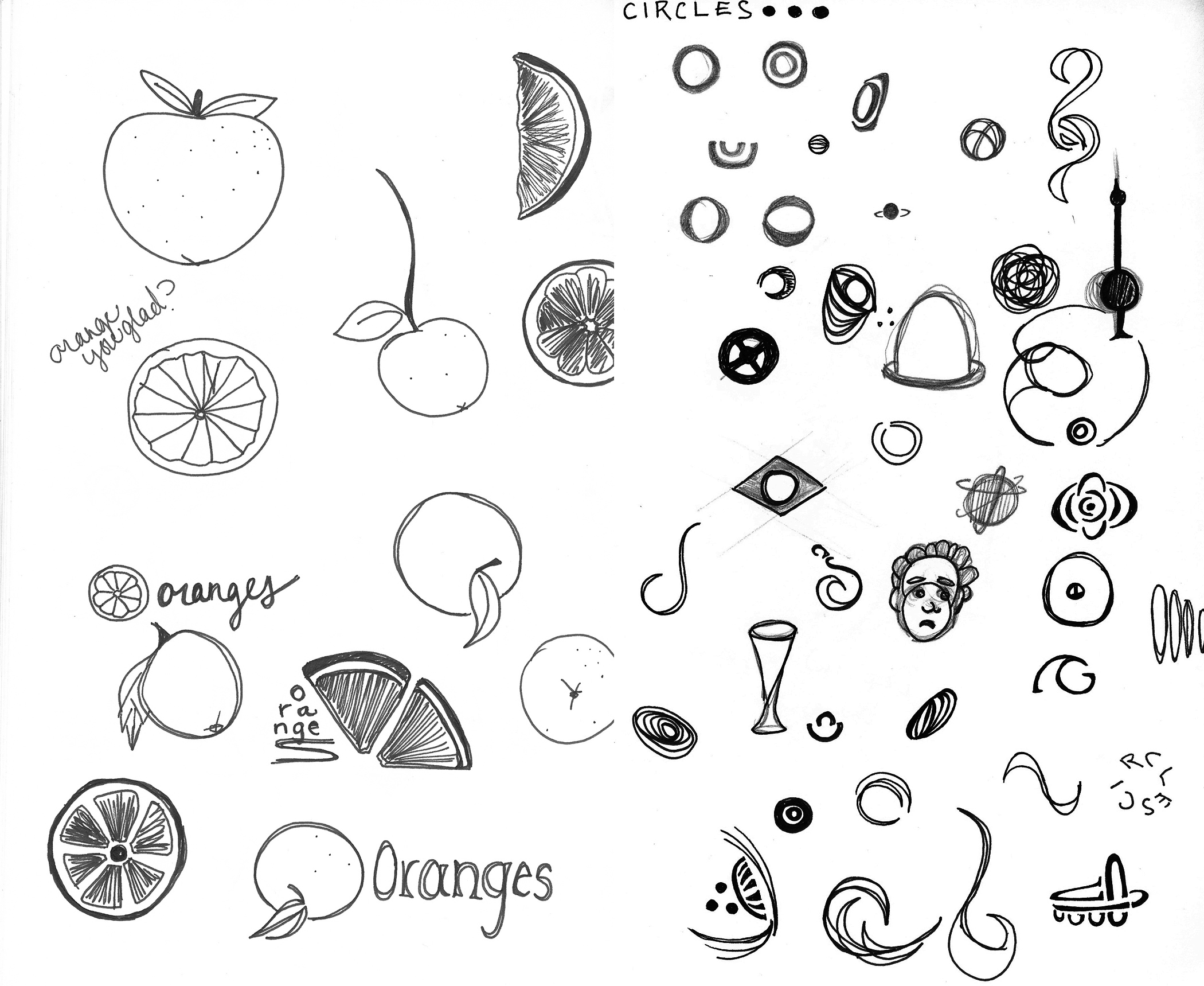 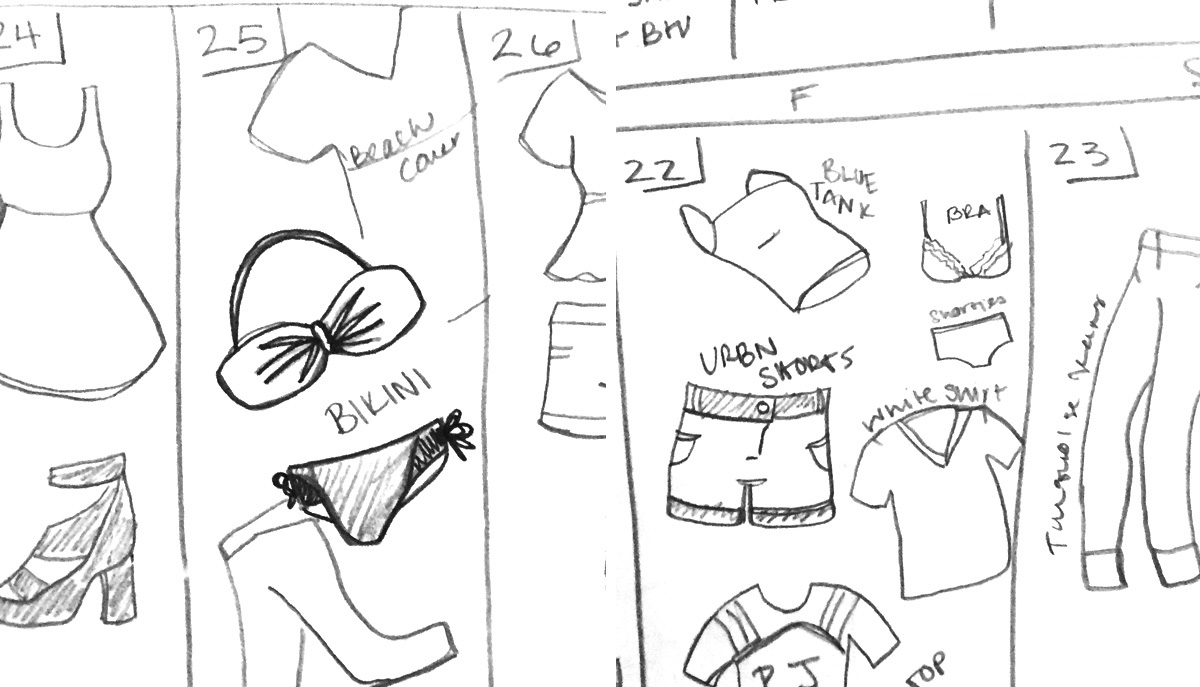 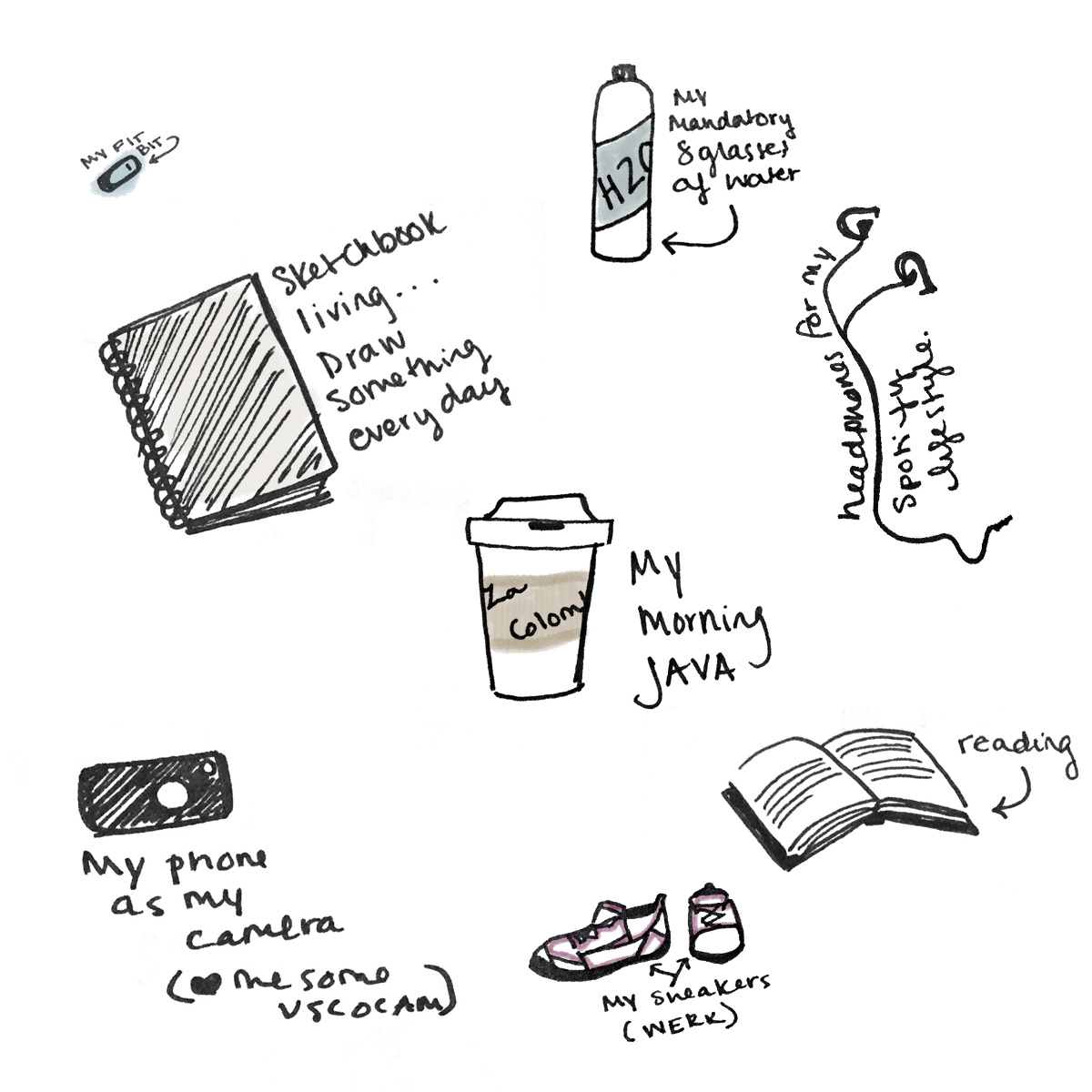 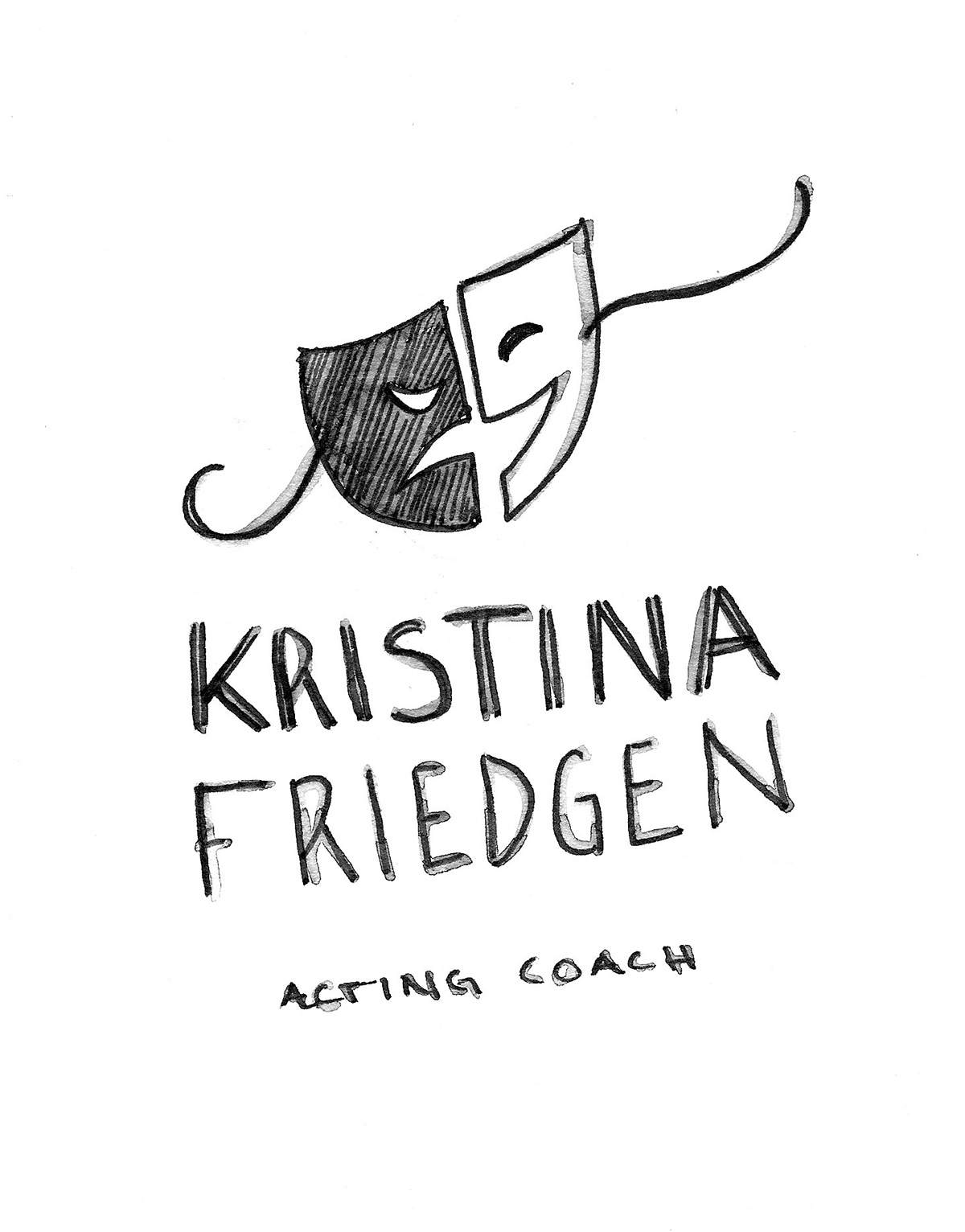 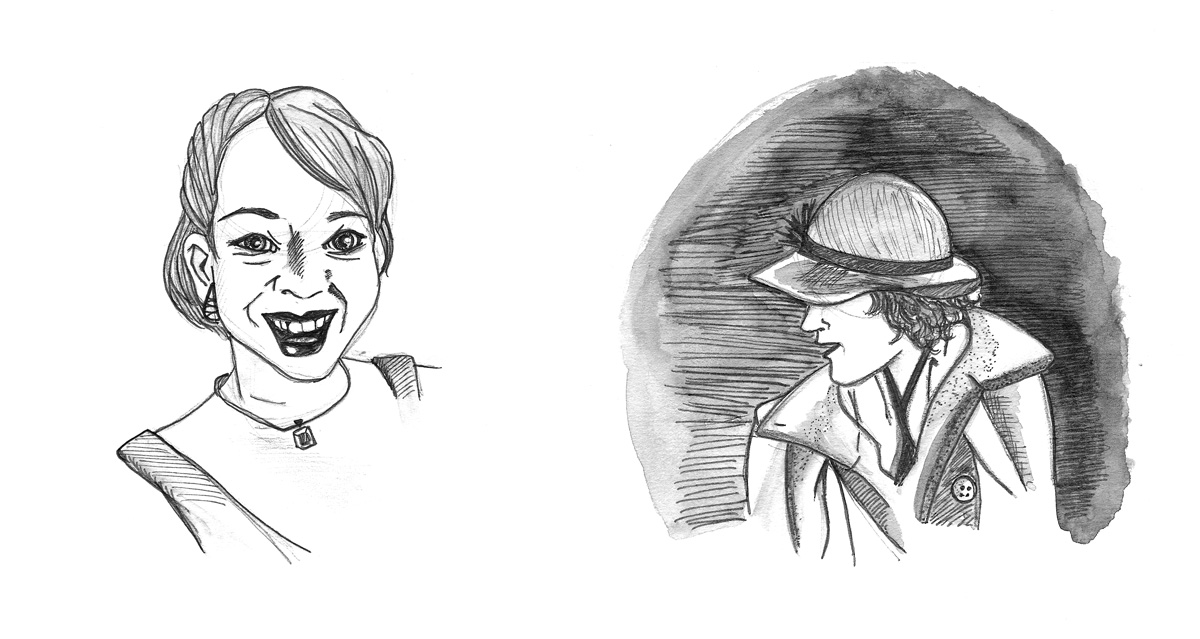 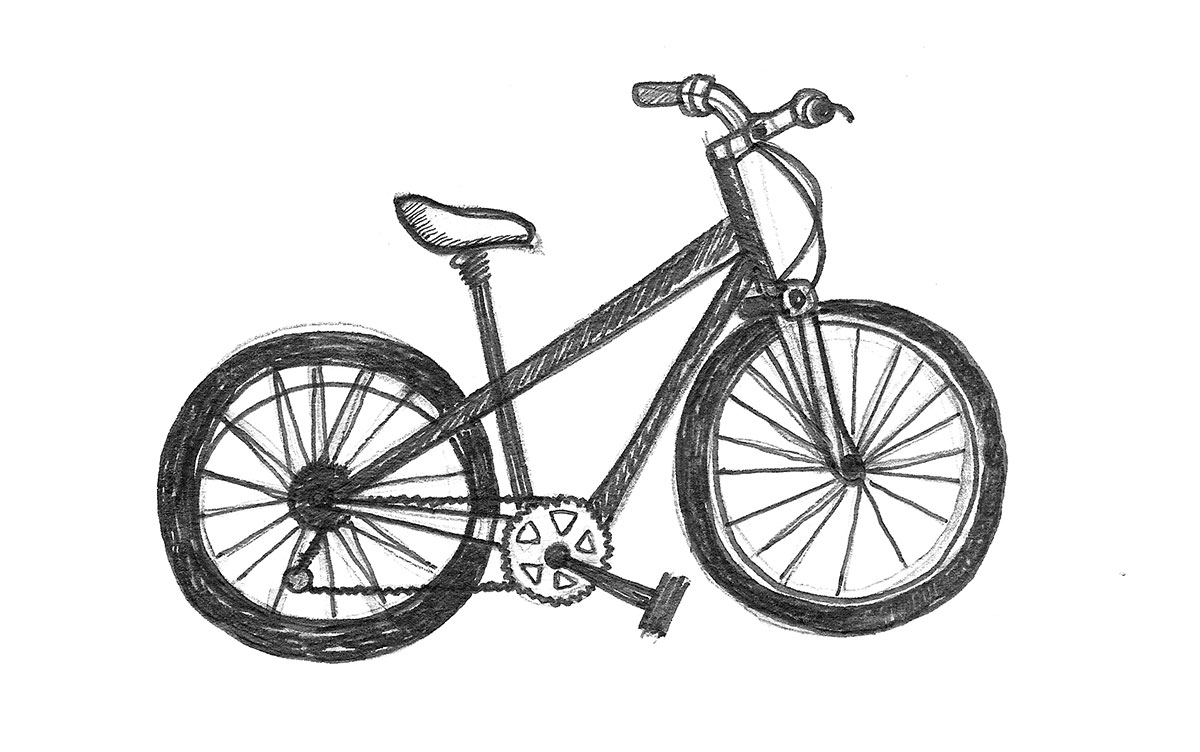 I’m not going to lie: this prompt was not easy. Some days I was tired after I got home from work or the gym, some days I would forget. But as I went along I learned to prep myself to succeed and not discount anything from what I constituted as “a drawing.”

For example, I would set a sketchbook by my bed, on my coffee table, and in my bag. This was so that no matter what – if I had time at lunch on a workday , or if I was watching TV, or if I was going to bed – I had the ability to draw.

I learned a lot about myself when it comes to drawing. Early on I would find myself hesitant to put pencil to paper if I wasn’t feeling “inspired.” I was afraid to make something that I felt would be a waste. But the truth is – giving into that fear is a waste. Drawing isn’t perfection, it’s a form of exploration. During this resolution I learned that no matter whether I felt the drawing was “good” in the end, it was better for existing and I was better for getting it on paper.

Another aspect of this project was keeping myself honest. Sometimes I would miss a day of drawing because of a trip somewhere, or I simply forgot. That just meant that the next time I had to draw another drawing to total the days in the year. This was a challenge I gave myself and when I accepted that there would be misses, I made sure not to punish myself for them. If I did, the drawing a day would become a chore instead of a release.

Word of the wise if you decide to give yourself this challenge: set yourself realistic goals and give yourself plenty of inspiration and/or prompts. If you don’t think you can do a drawing a day – try 5 drawings a month, or a drawing a week. Don’t know what to draw after a while? Google drawing prompts or writing prompts, read through and specifically assign yourself a drawing based on a prompt.

In the end, I went through 2 sketchbooks, several pens and pencils, acrylic paint, and eraser nubs. And I loved every minute of it.

My Life As Seen Through My Phone Vol. III: A Retrospective »