My Life As Seen Through My Phone:
February & March 2015

Again we have another installment of my series: My Life As Seen Through My Phone. I decided to post both February’s and March’s at the same time since I’m running behind on getting these up to the blog.

The first one I chose was an instagram of Franklin Fountain’s side entrance. I took this shot early one morning right before they had truly set up for the day and the sunlight was lighting the bricks in such a powerfully subtle way it made me pause.

For this one, I just wanted to keep it as simple as possible and draw this city still life and finish it with some prismacolors. Once I completed my drawing I wasn’t thrilled with the end result. My lines weren’t very straight, the colors didn’t truly reflect the lines in the photograph and I considered starting over. But then I decided to take it a step further and scan the drawing and run it through a Photoshop filter. Now I’m not one to use those lightly – I usually find them hokey but when I applied the cutout filter I felt like the wonky lines now had character and the drawing came to life more as an allusion to the photograph instead of a copy of it. 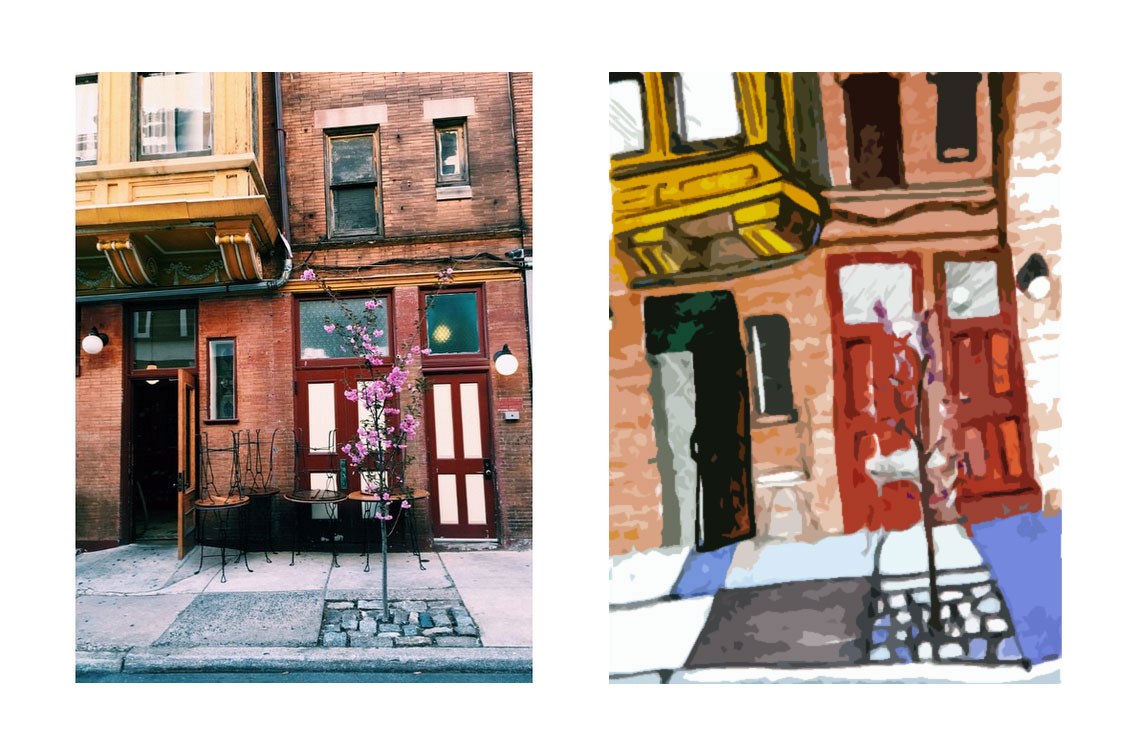 In March, the leaves were just starting to blossom and bloom. On several of my runs I would stop and photograph the branches of a tree’s silhouette that struck me. While down at the Navy Yard on one of my runs I saw these two trees crossing limbs – one with beautiful blooms and the other stark and bare. I photographed it because of that contrast. 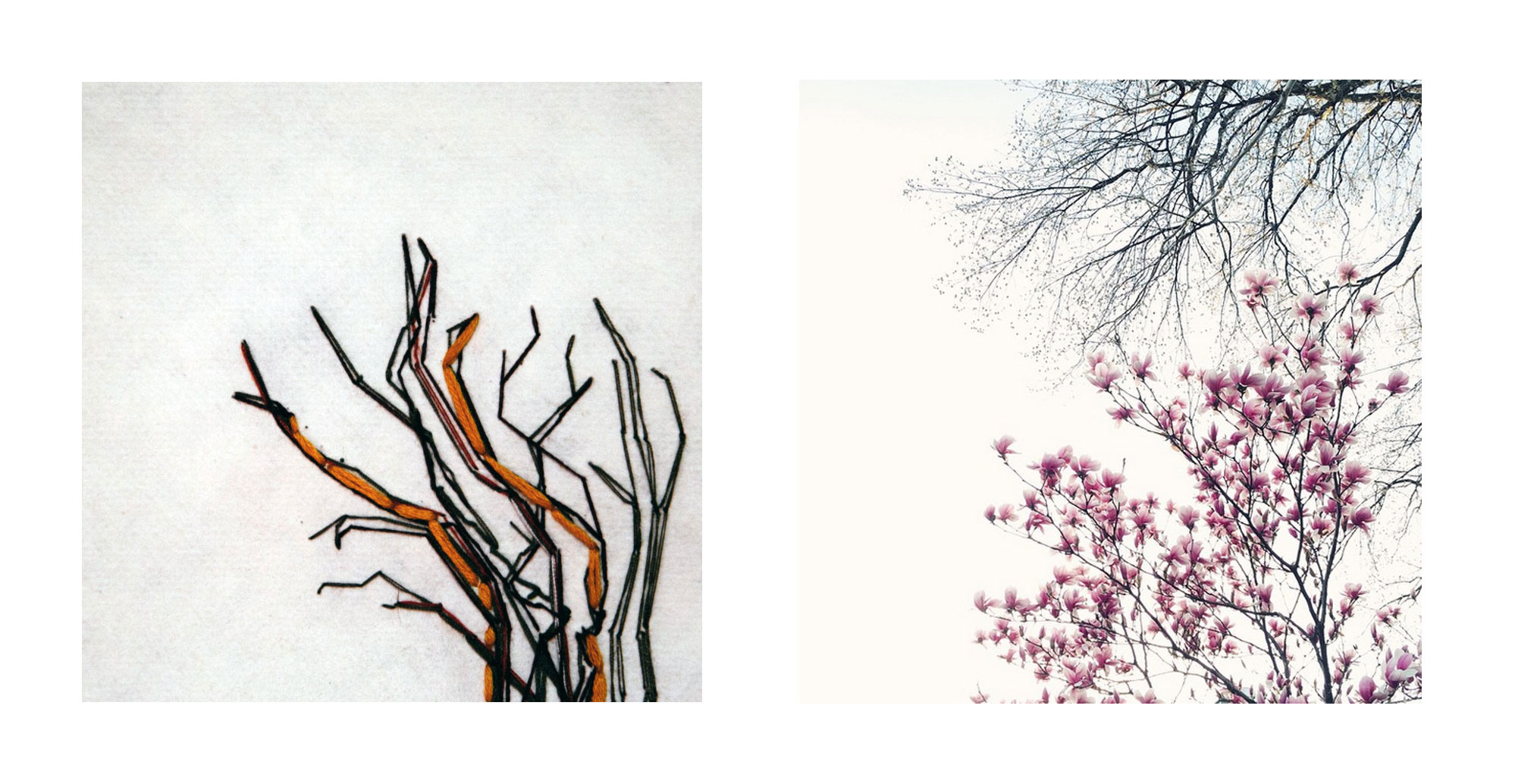 When I chose it for this month’s installation it was because I had this idea of rendering the branches’ lines across a thick paper using needle and thread. I used a similar technique in my piece Vanity, the Downfall. As you can see in the finished work below, the piece took on a mind of it’s own. I began to add colors, outline branches and gave highlights to some.

As this series continues, I’ve really enjoyed taking these instagram shots and letting them flourish from simple snapshots into completely different concepts. While I want people to be able to see the inspiration of the original shot, I like seeing where these different forms of media take the final piece.